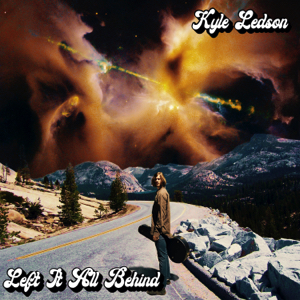 You know that feeling where music completely sweeps you away? Time ceases to exist, the worries of the world evaporate, and you just want to drive with no destination. It keeps happening to me every time I listen to Kyle Ledson’s new album, Left it All Behind. The songs visit me in my dreams and then dance through my head immediately upon waking. That says something, doesn’t it? There’s more going on here than meets the ear. What we’re talking about is an instant classic which should answer any question about who’s the hottest new star in the bluegrass universe.

Technically Ledson isn’t exactly a new thing. He released his debut album, Crooked Mandolin, in 2016. He’s appeared onstage with a wide array of well-respected bands. Now at the ripe old age of 19, the kid has become a man and is clearly ready to enter the big leagues. Is it uncommon to possess this sort of talent on mandolin and flatpicking guitar at his age? Extremely so. Pair that with heartfelt, wide-ranging vocal abilities and he’s catapulted even further into rarified air. However, the element that gets me the most excited is his songwriting prowess. As you listen to the 12 tracks on the album, it is stupefying to consider that he wrote all but three of them.

Kyle Ledson: Left it All Behind

The list of people who have written heavy weight material at his age is a short one.  It’s not so easy to write convincingly about that which you have yet to experience. It’s doubtful Ledson has actually done much running from the law, dealt with real heartache or worn out his hands at the factory. His unwavering sincerity makes us believe he’s lived the equivalent of several lifetimes. These songs leap off the ledge with the urgency of this moment while seeming chiseled in stone with timeless resonance. They follow the textbook of classic songwriting while injecting a soulfulness which can’t be taught.

It helps that he’s going to battle here with a squadron of players who couldn’t be better suited to the task. Almost every track features different groupings of all-star personnel and the chemistry is off the charts. That wouldn’t count for so much if it wasn’t matched by the production. His old pal Nat Keefe of Hot Buttered Rum was the lead producer with Ledson also sharing credit. The real wizardry came through the engineering and mixing from Oz Fritz (Tom Waits, Oysterhead) and Danielle Goldsmith. Listen to this in your car, your house or especially on headphones and the attention to detail is vibrantly illuminated. They were able to capture that thing so many artists strive to achieve: an album which taps into the energy of a live performance coupled with the lush, full-bodied elegance of the studio.

Left it All Behind harkens to that vintage record experience where you want to hear it start to finish because it’s one quintessential journey. “Appear” is a powerful entry point, kicking down the door where tales of past, present and fantasy are about to entwine together. The fluidity of Ledson’s guitar and interplay with the banjo of Peter Domenici (The Good Bad) is disarming right off the bat. He sings, “I’m a traveler taking on the world. I won’t prove nothing ‘til I get out there and be heard.” The guy has a firm grasp of the situation.

Ben Kaufmann’s upright bass (Yonder Mountain String Band) graces seven of these tracks and you’ll rarely hear the majesty of this instrument recorded more beautifully. His nimble, low-end manipulations are a key undercurrent in the outlaw saga “The Bend.” Ledson and Domenici escalate the action until it rapidly builds to a boil and our protagonist makes a clean getaway down the Ohio River. Yes, the imagery is rich and relatable. A couple songs later these three are joined by fiddle player Zebulon Bowles for a rapid-fire romp through “Wait Until the Sun Comes Out.” This caps off one of the most blistering first halves of an album anyone could aspire to.

Rewind to track three – No Footprints – and we find ourselves navigating a more exotic, seductive mood. The curtain is pulled back by a high-pitched mandolin riffing on a jazzy lick reminiscent of David Grisman. Then an ethereal pedal steel melts through the fog and we realize we’re in unicorn country. That’s where the unmistakable, soaring handiwork of Dan “Lebo” Lebowitz tends to reside. Whoa…there’s drums too? Yes, that’s Ezra Lipp bringing the heat along with bassist Steve Adams (all three are members of ALO). Together with Ledson they launch into the stratosphere both on this song and “Meant to Be” (the latter sans Lebo). Both epitomize Ledson’s extraordinarily advanced development as a songwriter and arranger. These are deep concepts he’s exploring. Things that could make people feel less alone. Most importantly, these songs are bursting with emotion. You can’t help but care.

The B side of the album, so to speak, shifts gears where you might think for a second that it’s venturing into cliché bluegrass territory. Think again! It’s just Ledson and his pickers paying tribute to the giants who walked before them while emblazoning their names in the book. Nothing is capable of being average with this personnel and production. Also, the commitment to top shelf vocals is not lost for a second. This is especially true on “He Ain’t Coming Home” which benefits from Keefe’s harmonies. It’s followed up by “Off the Rails” – an endearing bluegrass song of the hard luck variety which sees Bowles swinging mightily. The ALO guys return for the gorgeous “Better Day” with Lebo’s pedal steel once again traversing the angelic realm.

Arriving at the ascending chord progression of “Left it All Behind,” we can tell this is going to be epic. “I said goodbye yesterday, but yesterday was in another life.” I don’t know how Ledson digs to this place within himself, but it’s downright haunting. When it’s time for the mando solo, he’s instantly on the attack. Kaufmann thunders through the clouds with Domenici’s banjo showering down like splintering rain. As they push the jam to the brink, you can sideslip into the multiverse where a parallel moment is happening in a club, surrounded by ecstatic fans. The arrival at that reality feels like an inevitability. Considering the state of the music industry in 2021, it’s reassuring to be reminded that albums can still matter this much. 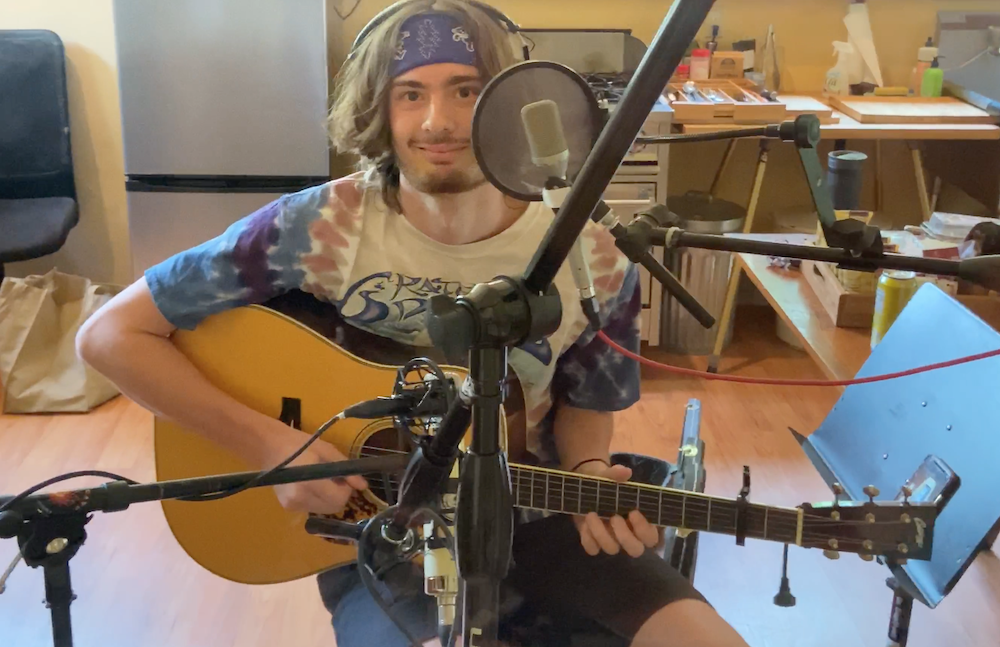 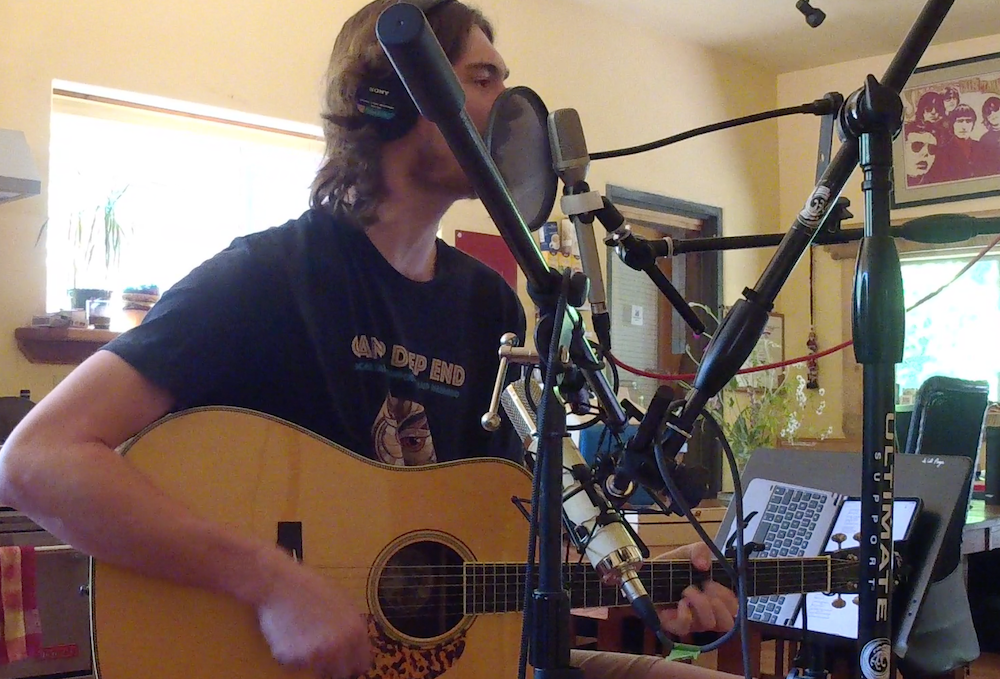 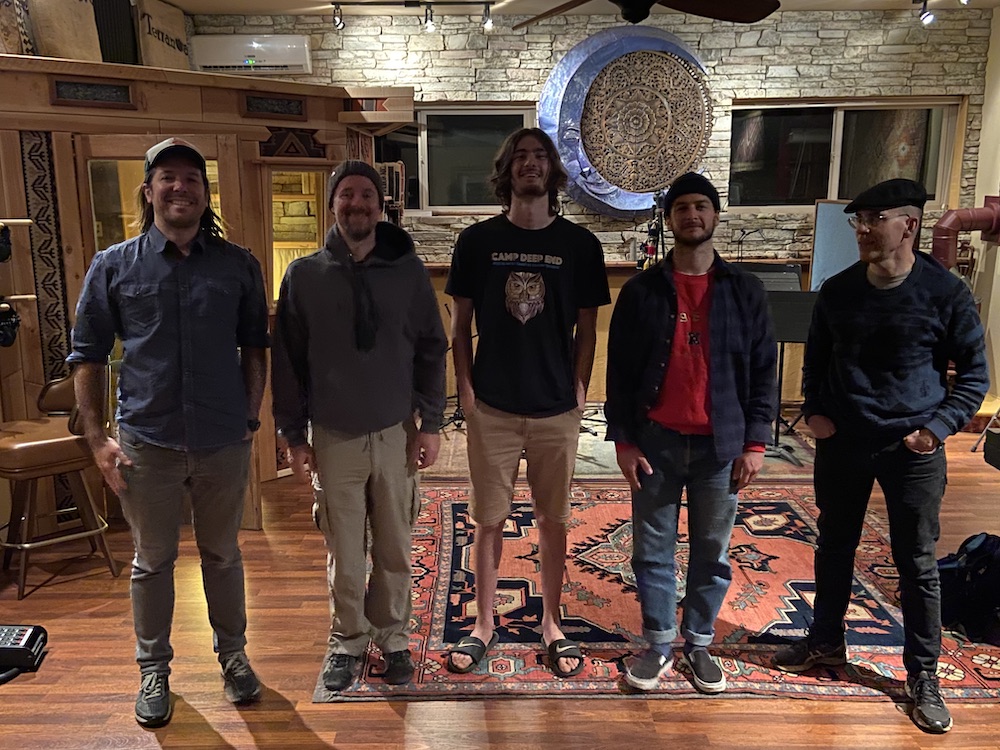 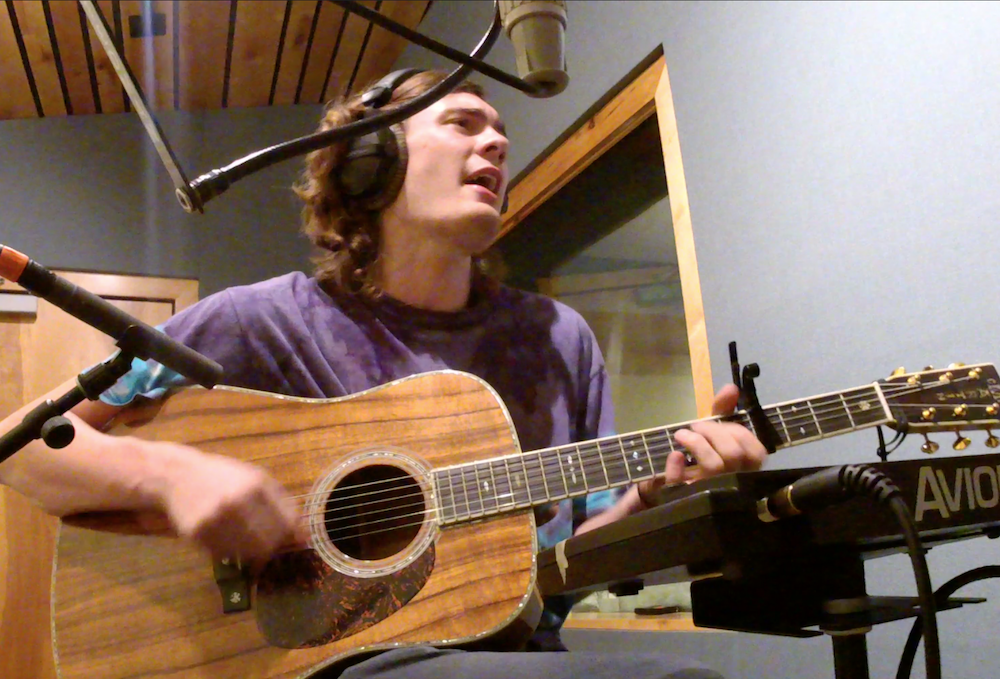 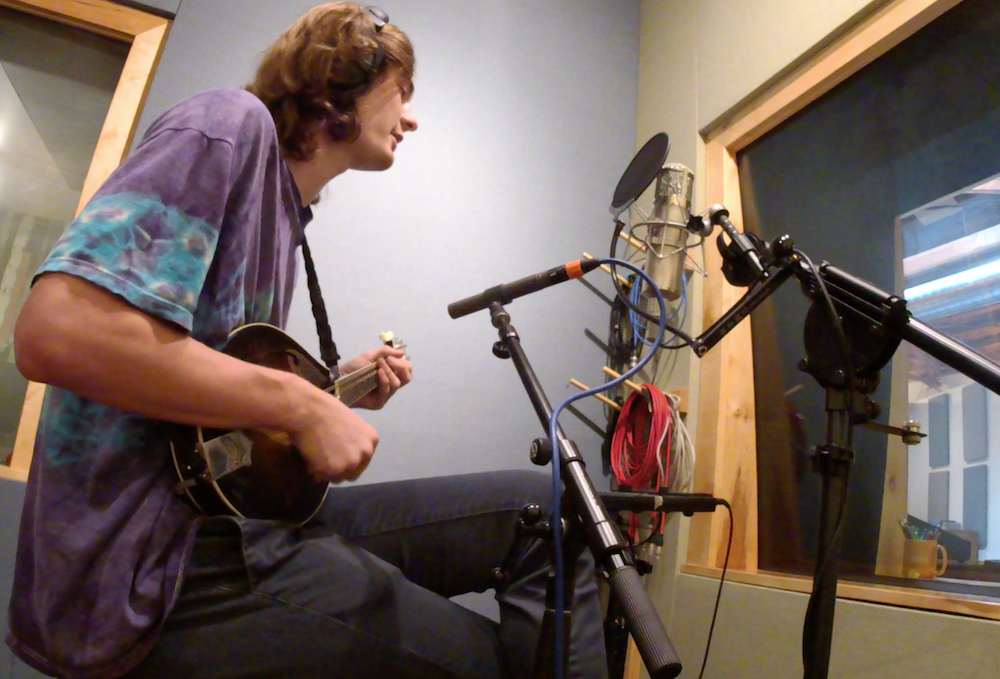 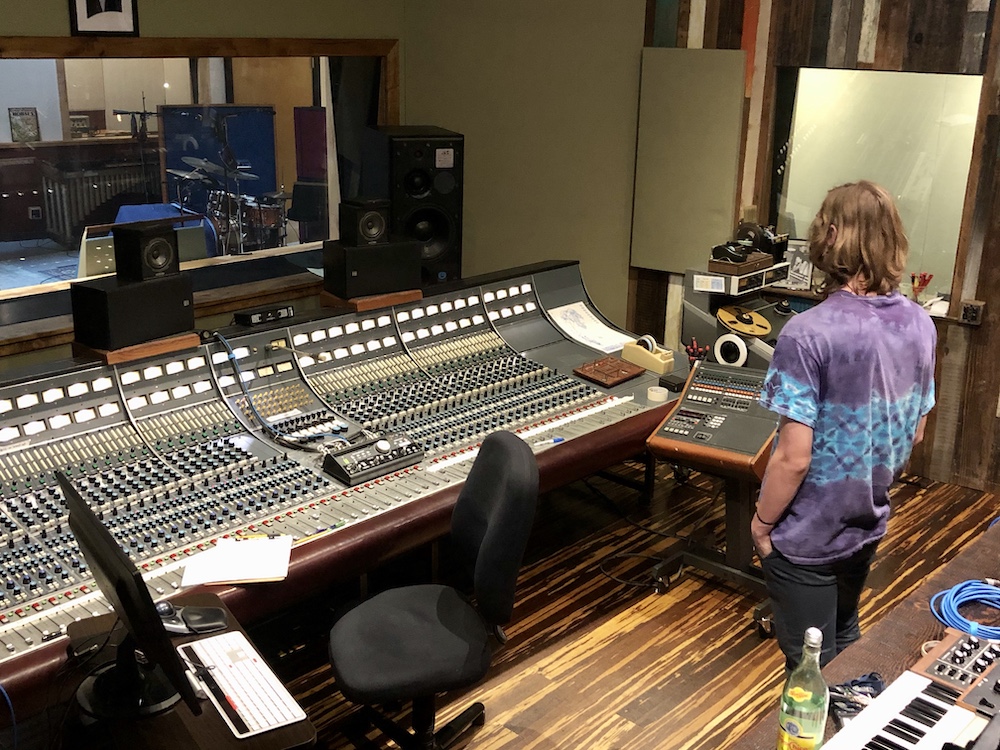 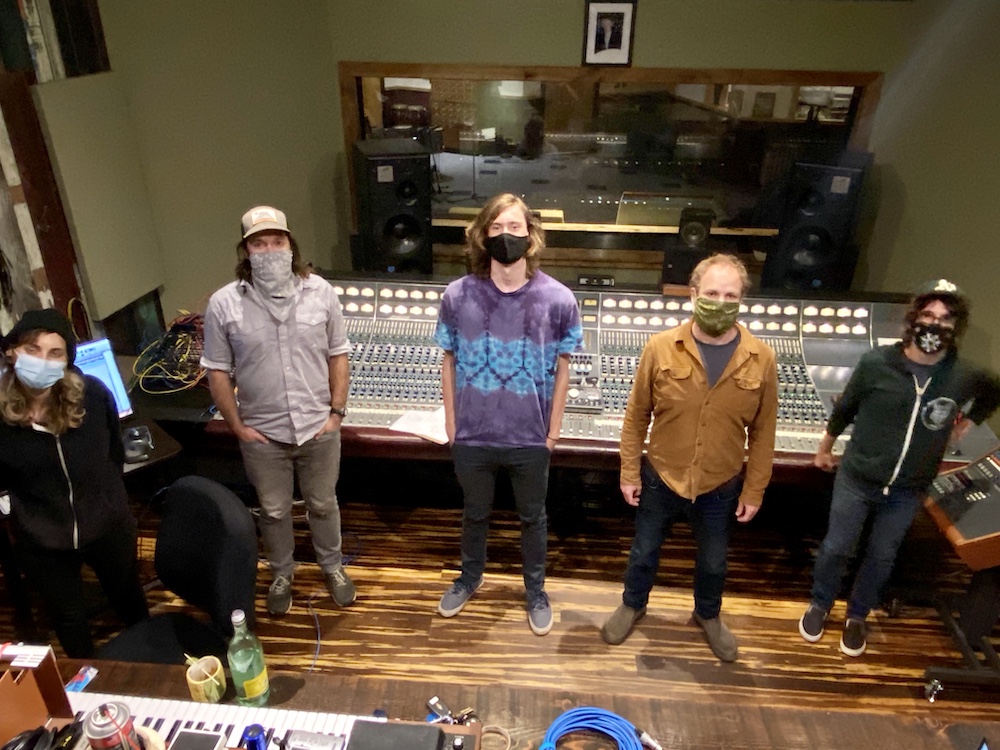